I recently finished reading The Machinery of Life by David Goodsell. The book does a fantastic job in building an intuition for how cellular biochemical processes work. The beautiful illustrations help convey an understanding of cellular mechanics that words alone can't do. After reading this book I found cellular processes less mystical, but no less fascinating than before.

Here are some of the most interesting insights from the book.

Cell membranes are primarily made of lipids. Lipids are molecules with a hydrophilic (soluble in water) head and hydrophobic (insoluble in water) tails. To form a waterproof cell membrane, lipids are arranged in a bilayer, with one layer of lipids having their hydrophilic heads facing the outside of the cell and the second facing inside, with the hydrophobic tails in between.

How transport inside the cell works

How do molecular machines in the cell find their target molecules? There are no transport pathways inside the cell. Instead, things just bump around randomly with each other until the right pair of things bump into each other, and chemical bonds are formed.

Larger cells increase the probability of the right things bumping into each other by compartmentalizing molecules by function, and surrounding them with membranes. E.g. the nucleus contains the DNA and machinery for transcription, and the mitochondria contain machinery for energy production.

This one I did learn in school, but Goodsell painted a much clearer picture of the process.

Creating a protein from cell DNA is a two step process:
Step 1. Transcription
Transcription involves finding the sequence of nucleotides that contain the information required to synthesize the protein, and creating a strand of RNA (called messenger RNA) from it. This work is done by the enzyme RNA polymerase.

Step 2. Translation
Translation involves converting the RNA into a sequence of amino acids, that fold to become the protein. Triplets of nucleotides in the RNA (called codons) translate to a specific amino acid.

A special type of RNA called transfer RNA helps with this process. The transfer RNA is a set of molecules that has anticodons (triplets of nucleotides that bind to a specific codon) on one end, and an amino acid that the codon translates to on the other end. Ribosomes use the messenger RNA and transfer RNA to construct the protein.

How do proteins power themselves

Proteins are molecular machines, that can be used for things like pumping material across cell membranes, synthesizing more proteins, and helping with the upkeep of the cell.

How do these proteins power themselves? I remember learning in school that ATP powers cellular processes, but the mechanism wasn't clear. 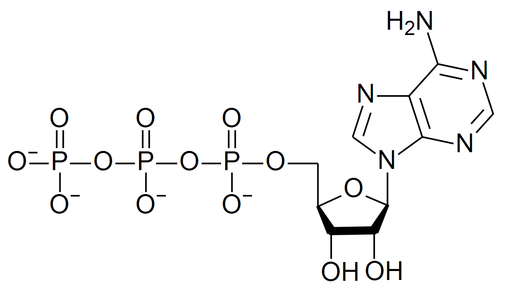 It costs energy to construct this unstable molecule, which can then be transported around the cell. When energy is required, breaking the phosphate group away from the rest of the molecule releases chemical energy that can be utilized for useful work.

Red blood cells carry oxygen from the lungs to the tissues. The interesting thing about them is that's pretty much all they can do. After its creation from stem cells in the bone marrow, the red blood cell eventually ejects all its molecular machinery (mitochondria, nucleus, ribosomes) and dedicates itself solely to the task of oxygen transport.

Because the cell is now incapable of dividing, producing its own energy, and most other things living cells can do, I'm not sure if we can even say that a red blood cell is alive.

Why Cyanide is deadly to almost all living organisms

Cyanide is a powerful poison that can kill any organism that uses oxygen. It works by blocking a chemical reaction in the energy production process. It stops oxygen atoms from binding to an enzyme complex, preventing the reaction from happening. Cyanide ions bind more tightly to the enzyme complex than oxygen, which stops the reaction.

Carbon monoxide also uses the same mechanism to stop oxygen from being used in the energy production process.

Why HIV is so deadly

Viruses are fascinating things. Technically they can be as simple as a strand of RNA wrapped in a mechanism for injecting the RNA into a cell - not even satisfying our definition of a living organism, at least not until they find a cell to infect.

This simplicity is actually what makes them so effective. Because they are largely just strands of RNA, they evolve extremely quickly to evade anti-viral drugs.

This week I read Paul Dirac's 1963 paper "The Evolution of the Physicist's Picture of Nature". I found this paper via Fermat's Library [https://fermatslibrary.com/], a newsletter where one paper is selected and annotated by a group of academics every week. You can