This week I read Paul Dirac's 1963 paper "The Evolution of the Physicist's Picture of Nature". I found this paper via Fermat's Library, a newsletter where one paper is selected and annotated by a group of academics every week. You can read the paper on Fermat's Library's platform here.

I'm fairly out of touch with my high school and university physics by this point, but I could still mostly follow the paper. Dirac talks about major changes to a physicist's model of the universe since Newton, and how this model may evolve in the future.

Evolution of our model of space

The first significant change to our model of space came with Newton. Before Newton people thought of the vertical dimension as something fundamentally different from the horizontal dimensions.

Then Einstein came with his theory of special relativity. He showed time is symmetrical (in some ways) with the three spatial dimensions, and can be treated similarly.

Subsequently, general relativity showed us that space-time is curved.

The first development in quantum theory started with Planck and Einstein observing that energy from electromagnetic waves appears to be quantized.

Then came Bohr's model of an atom, where electrons moved about in well defined orbits. Electrons could jump from one orbit to another by gaining or losing energy.

Bohr's model had severe limitations, mainly that it only gave good results for Hydrogen atoms. The next step in the evolution of our understanding of quantum theory came with the discovery of quantum mechanics by Heisenberg and Schrodinger.

Here Dirac makes an interesting point that I don't fully understand. When Schrodinger came up with the wave equation, he found it didn't fit experimental data correctly. Later this turned out to be because the equation didn't take into account electron spin.

I think there is a moral to this story, namely that it is more important to have beauty in one's equations than to have them fit experiment.

Physics provides an approximate model of reality, and there are points where the model begins to break down. Over time we refine the model to capture explanations of more and more phenomena, like Quantum theory does for very small particles.

The difficulties in quantum theory today can be broken down into two categories:
Class one difficulties - we don't have a "consistent picture of reality with Quantum theory". I think this means that Quantum theory is unintuitive for us, and even geniuses like Einstein have trouble coming to terms with the fundamental uncertainty it implies.
These are difficulties that concern philosophers rather than physicists.

Class two difficulties - there are areas where our equations break down and give nonsensical results.

Dirac gives an example where integrals derived by solving certain equations result in infinities. Physicists have derived some rules to handle these infinities called "renormalization theory". While mathematically unsound, it appears to give results that match with experiment results.

At this point first-year university physics failed me. I couldn't follow most of Dirac's proposals for how we might solve the difficulties with quantum theory described above.

However in this section, there is this great quote:

It seems to be one of the fundamental features of nature that fundamental physical laws are described in terms of a mathematical theory of great beauty and power, needing quite a high standard of mathematics for one to understand it. You may wonder: Why is nature constructed along these lines? One can only answer that our present knowledge seems to show that nature is so constructed. We simply have to accept it. One could perhaps describe the situation by saying that God is a mathematician of a very high order, and He used very advanced mathematics in constructing the universe. Our feeble attempts at mathematics enable us to understand a bit of the universe, and as we proceed to develop higher and higher mathematics we can hope to understand the universe better.

Mathematics provides the tools that enable us to develop a better understanding of nature.

To conclude, I enjoyed reading this paper, even though I couldn't follow it fully. It had some of the most valuable information we can get from experts, what could be called "soft" knowledge. By this I mean instead of just facts, figures and theorems, which one can find in any textbook, we get intuitions of a world class expert on what directions future discoveries may take.

Fermat's library is a treasure trove of great papers, annotated by their community. Here's my to-read list:

A few that I have read and enjoyed:

There are also some papers that are purely fun: 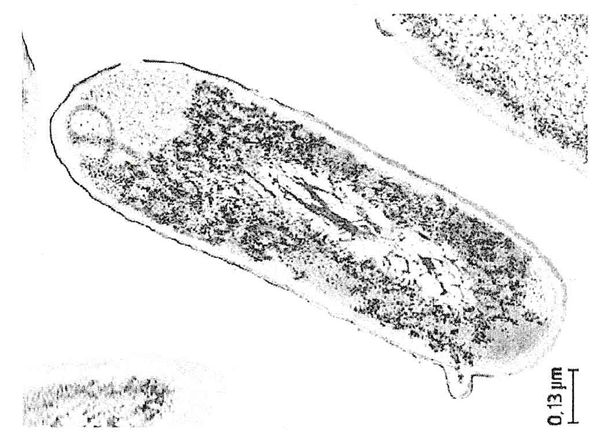 I recently finished reading The Machinery of Life [https://www.amazon.co.uk/Machinery-Life-David-S-Goodsell/dp/0387849246/] by David Goodsell. The book does a fantastic job in building an intuition for

I've been trying to come up with ideas for posts on this blog over the weekend. In doing so, I dug up some things I've been thinking about on and off for years without adding much depth to my understanding. Two such ideas are